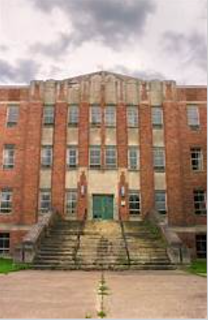 With Halloween coming up I decided to bring you a bit of spooky history. This is the story of the Eloise Psychiatric Hospital.

The facility is located in Westland Michigan. It opened in 1839 to replace the Wayne County Poor  House in Hamtramck Township. There were three sections to the complex - the hospital (psychiatric), infirmary (poor house) and sanitorium (tuberculosis hospital).  The complex was completely self sufficient and even had its own zip code. The site swelled to 902 acres and 70 buildings. The population grew from 35 in 1839 to 10,000 during the Great Depression. The most famous resident was inventor Elijah McCoy. He spent a year at the hospital before his death.

The location was the site of some pioneering medical procedures. The site was the location of the first kidney dialyses unit in the state. They also pioneered the use of music therapy and were the first to use "open air" therapy for tuberculosis. Unfortunately the site also made use of more controversial treatments like lobotomy and shock therapy.

The state took over the facility in 1977 and started shutting down areas of the complex. The psychiatric division closed in 1982 and the hospital was closed in 1986. The site has gone through some changes including being developed for condos, a gold course and a strip mall.

With the tragic history of the site stories of it being haunted have persisted since the site was closed. Many people, including a former security guard, have claimed to see apparitions at the site. People have also found jars containing human body parts and documents detailing gruesome medical procedures on the site. Recently a haunted attraction opened at the site and you can also take paranormal tours occasionally, especially around Halloween. The site was also the inspiration for the 2017 horror movie Eloise starring Eliza Dushku.

Posted by Crazy Knitting Fool at 3:15 PM No comments:

Here we are - it is the last Monday of October. That hardly seems possible. Here is what is on my mind today.
1) I am really getting dick of all the rain we have been having. I have no idea how to build an ark.
2) I had a busy weekend with activities on both days. I really do not like when that happens.
3) Last Monday I lost my engagement ring. We have torn the house and my car apart and still haven't found it. I even went through everything in the garbage because I though that is where it came off. I am really trying not to be to upset and hope that it will reappear one day.
Here are the pictures for the week. 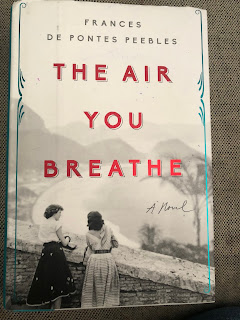 Another good book that I found at the dollar store. 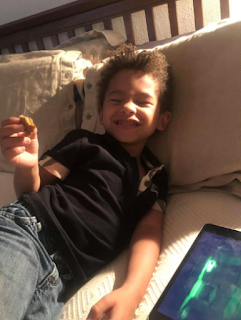 Just chilling on a Friday night. 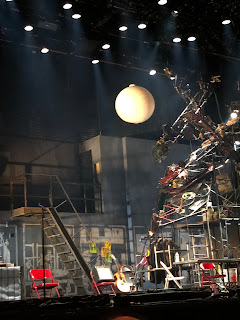 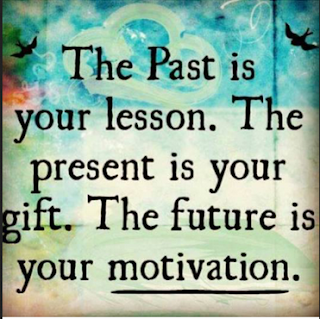 Posted by Crazy Knitting Fool at 2:38 PM No comments:

Make it a good one everyone! 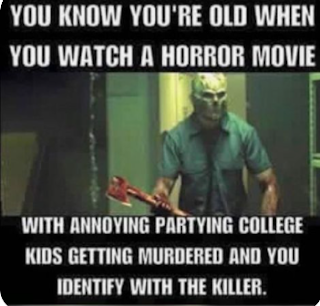 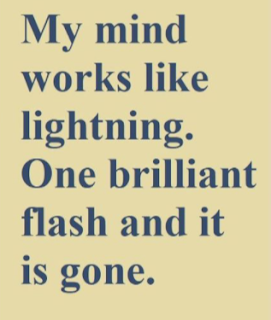 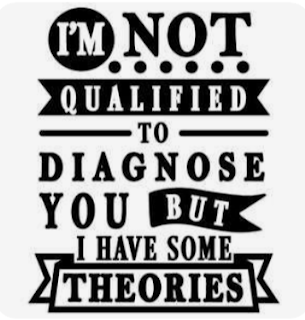 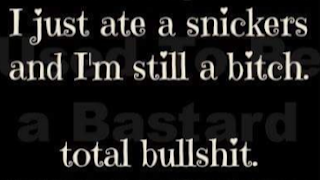 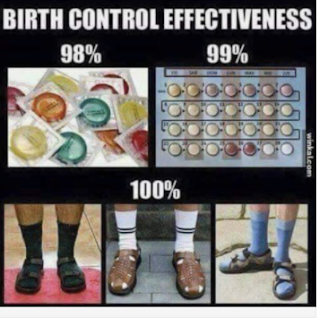 Posted by Crazy Knitting Fool at 4:47 PM No comments: 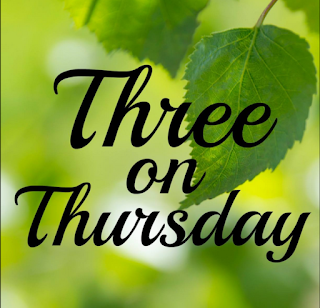 Another week is almost over and this is what I am currently thankful for.

1) That we all seem to be over whatever yuck it was that ran through our house.

2) That we seem to be making some progress with potty training.

3) That I was able to find a fairly cheap Halloween costume for Preston and that it will be delivered tomorrow.

Posted by Crazy Knitting Fool at 2:12 PM No comments: 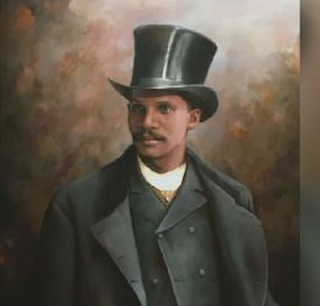 I am not sure where I first heard about William Webb Ferguson but I am intrigued by his story. Like so many African Americans of his day his story is not as well known as it should be.

William Webb Ferguson was born on May 22, 1857. His father, Joseph, was the first black graduate of the Detroit Medical College. William was educated in Detroit schools. In 1889 he was a successful businessman when he was refused service in a restaurant because of the color of his skin. He sued the owner Edward Giess but lost in Wayne County Circuit Court. He appealed to the Michigan Supreme Court and won making it illegal to separate people in public places based upon race. This was the first racial discrimination case in the state's history.

In 1893 William ran for the House of Representatives and was elected making him the first black legislator in the state. He was then reelected in 1895. He passed away in 1910.

In 2015 the above portrait was commissioned. It was painted by Grand Rapids artist Joshua Risner. It was completed in 2018 and now hangs outside the Supreme Court room where he won his hostoric case.

Posted by Crazy Knitting Fool at 3:35 PM No comments:

Well Monday is here once again. Here is what is on my mind today.

1) A cold or some other illness is making its way through our house. Fortunately we seem to be on the tail end of it and will hopefully be back to normal soon.

2) It was very cold this morning. I almost turned on the heat but I wrapped myself in my blankie and did not cave.

3) Preston wants to be a pumpkin for Halloween, I have no idea why but I need to get a costume ordered.

Here are the pictures for the week. 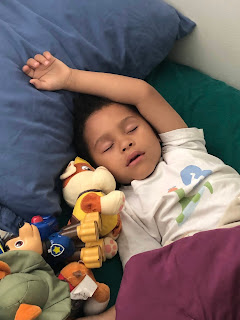 I love the positions he sleeps in. 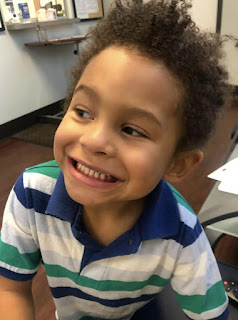 You would never know this kid has a raging ear infection. 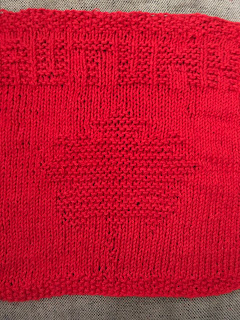 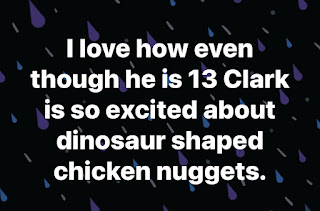 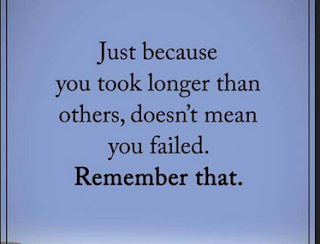 Posted by Crazy Knitting Fool at 2:39 PM No comments:

Have a terrific weekend all! 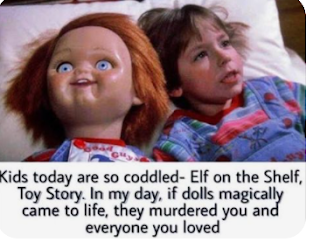 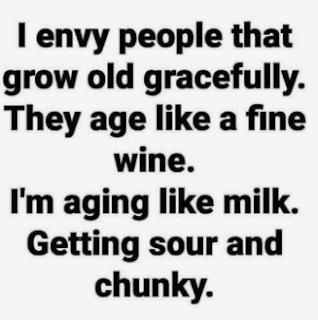 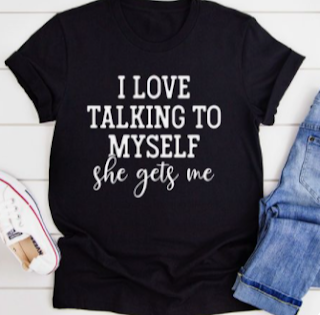 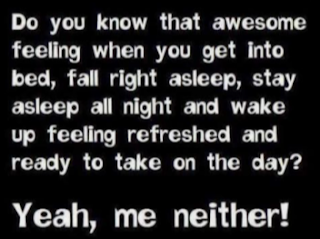 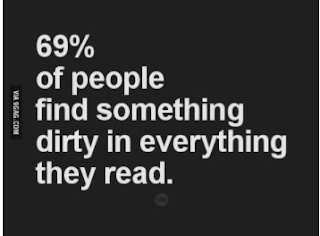 Posted by Crazy Knitting Fool at 2:07 PM No comments: