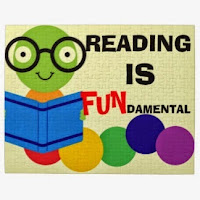 With the knitting mojo returning my reading has taken a dip. Even though February is a short month the fact that I only read 2 books for the month is pretty pathetic. Oh well onward and upward as the saying goes. So in February I read the following.

1) The Irresistible Henry House by Lisa Grunwald – for me this is a classic example of something that sounds great in theory but the execution leaves a lot to be desired. I though the concept of the book sounded very interesting but I had a hard time reading it and I think it totally ruined my desire to read for a bit. I really disliked the main character Henry – which I know was the point – and the other characters also left a lot to be desired.

2) The Friendship Test by Elizabeth Noble – a very typical chick lit book about a group of college friends and the issues they face into adulthood. Not the greatest book ever written but I did enjoy it and though it was a good choice for me after the previous book. To me this is a good example of a character who is written to be unlikable but who makes you feels some sympathy for them.

Now let’s see if I can do better with my reading progress in March.
Posted by Crazy Knitting Fool at 4:06 PM